The Cello Museum > Articles > Cello News > Cellos in the News: Top Stories of the Week – 5 February

Cellos in the News: Top Stories of the Week – 5 February

5 February 2021
No comments yet
Cello News The Prince of Wales used to play the cello in the Elgin Orchestra in 1967 and the Trinity College Orchestra while he was at Cambridge University.

Prince Charles, a Patron of the Philharmonia Orchestra, said

“I find the whole experience of being with the orchestra, or listening to it in a wonderful great hall, is extraordinary because the sound completely surrounds you . . . I remember, in my own small way, the joy of playing in an orchestra is that wonderful sensation of being part of an immense whole.”

Click here to read the full article by Laura Elston. What is the Chicago Musical Pathways Initiative (CMPI)? According to the CMPI website:

In the short-term, the Chicago Musical Pathways Initiative (CMPI) aims to build a robust Chicago-area training pathway for talented student musicians from traditionally underrepresented backgrounds.  To accomplish this, a diverse network of well-established not-for-profit Chicago music and youth-focused organizations work to identify talented, motivated students early in their training, and together, help them to achieve their full musical potential.

Over the long-term, the goal of CMPI is to increase diversity in America’s professional, musical landscape, and particularly in its orchestras, promoting equity, vibrancy, and sustainability within those organizations and the extraordinary art form they celebrate.

Click on the image above to watch a news story about CMPI and hear from the 13-year-old cellist, Akosua Haynes. She said:

“It doesn’t have to feel like some rich person’s sport to play violin or cello, it can be for everyone.”  – Akosua Haynes

The program serves students ages 6 through 12.

Click here to watch the video and read the story by Angel Idowu. Telling an all-too-familiar story for many of us, this is an optimistic article by Dwain Hebda that appeared this past week in the Arkansas Democrat-Gazette.

Here is his poignant description of a last in-person school concert before the shut-down:

The last note of the school-based orchestral recital faded into the rafters; a concert weeks in the making was over. Admiring parents snapped pictures on their phones and applauded their grinning musicians, until the principal’s appearance on stage drew everything back to a hush. It was the afternoon of March 12, 2020.

“The principal got up on stage at the end of the recital and said, ‘All right everyone, school is closed tomorrow. I don’t know when it will be back in,'” said Katherine Williamson, assistant concertmaster for the Arkansas Symphony Orchestra (ASO), who directed the recital. “It was a very unsettling scene.”

But as many of us have observed, music instruction has continued and demand for online lessons has soared. Hebda cites the following statistics:

As The Associated Press reported in November, demand is soaring. The times have never been better to learn an instrument, AP reported, citing one online marketplace for music tutors, Wyzant, which in April saw year-over-year demand for cello tutors spike 450% in students and 400% in lessons. By October, that had grown to 4500% and 4700% increases, respectively.

Click here to read the full article by Dwain Hebda.

Playing the Cello Cited as Optimal Way to Age Well

In a Psychology Today article published this week, Francine Toder, Ph.D., noted that

Playing cello and chess are actually optimal ways to stimulate cognitive functioning and optimally fuel the brain. It turns out that newness or novelty, along with complexity, and problem solving are the most robust tonics for the aging brain.

Click here to read the full article by Dr. Toder. Although not a professional cellist, we wanted to remember John Ward Sr., formerly of Montclair, NJ, who died on 28 January 2021, in California. He was 92.

We hope he serves as an inspiration to people wondering whether or not it’s too late to learn to play the cello. Ward took up the cello at age 80!

R.I.P. John Ward, Sr. Thank you for reminding us it is never too late to take cello lessons.

Cellist and composer Tomeka Reid is one of five musicians to receive a 2021 United States Artists Fellowship.

Sixty individuals from 22 different states, the District of Columbia and Puerto Rico received the award, which comes along with a $50,000 prize.

Architects and designers, textile and interdisciplinary artists, sculptors, dancers, filmmakers and others in media also were awarded the fellowship. Cellist Angus McCall has received a Young Musicians’ Platform Award, supported by National Lottery funding through the Arts Council of Northern Ireland and BBC Northern Ireland. McCall did a degree in German at New College, Oxford, before continuing his studies at the Royal Academy of Music.

The part of this show with cellist Miriam Skinner begins after the news at 4:08 minutes into the program. 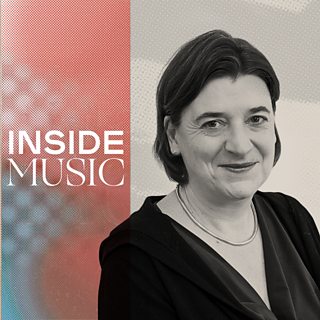 Listen to this interview of cellist Matt Haimovitz by Julie Amacher. Learn how he has coped with the pandemic and also how he lost his balance, dropped his 300ish-year-old cello, saw it on the floor in pieces, and got it back after a year and a half. He said:

“I took it to several luthiers, who worked on it for the next year and a half. You have to understand, this is a cello that I’ve had for 30 years, so we know each other incredibly well. To lose that companion, even for a year and a half, was very difficult.” According to the podcast description, the Insomnia Project

is 26 minutes of mundane conversation to help you drift into a state of slumber.

Cellist Meaghan Burke and The Rhythm Method – A Few Concerns

Cellist, singer, and composer, Meaghan Burke‘s album, A Few Concerns (Gold Bolus Recordings), is the culmination of six years of work with her string quartet, The Rhythm Method.

Click here to read more in an article by Tristan McKay.

This recording was made at a performance at the Fall 2020 Lamont Composers Concert Series.

Raphael Weinroth-Browne – Unending I & From Within II (Live)

Cellist Ben Sollee and Time for Three – “Over The Pines”

Heavy Metal: Quebecoise Excavators Dance to Apocalyptica “Nothing Else Matters”

Your ticket for: Cellos in the News: Top Stories of the Week – 5 February

Cellos in the News: Top Stories of the Week – 5 February