The Cello Museum > Articles > Cello News > Cellos in the News: Top Stories of the Week – 9 October

Cellos in the News: Top Stories of the Week – 9 October

9 October 2020
No comments yet
Cello News

Cellos and Cellists in the News

Sheku and Isata Kanneh-Mason on Cover of Music Week 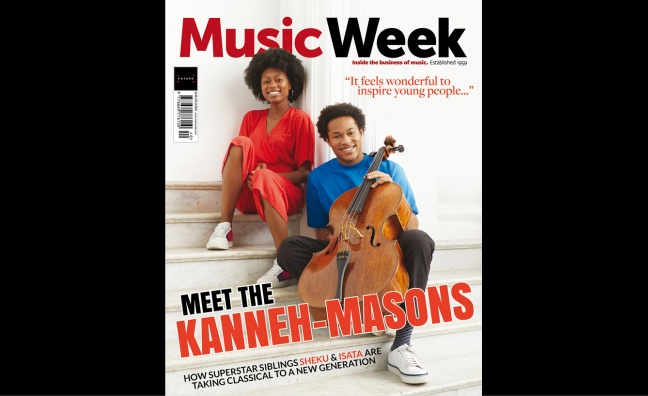 Senior Living Community in Indiana, StoryPoint Chesterton, Reunites Resident with the Love of Her Life: Her Cello 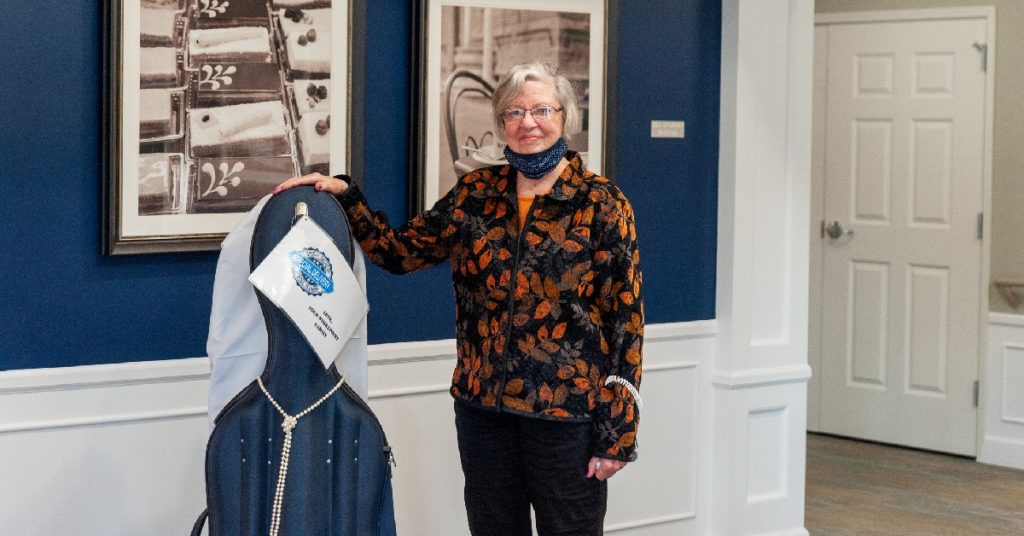 It was a journey eight weeks in the making, spanning over 300 miles across three states, with unlimited smiles all the way, and all for one purpose: to reunite one very special woman with perhaps her most prized possession: her beloved cello.

“While speaking with Judy, I discovered that the love of her life was her cello,” Kathy Coats of StoryPoint Chesterton said. “She was a professional musician and teacher, and her students have played all over the world,” Coats said. “But she had left her cello behind when she moved here.” 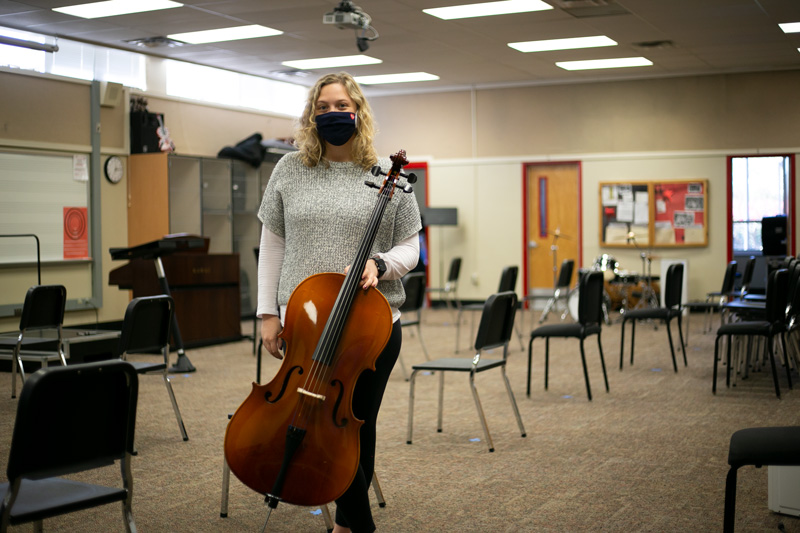 Orchestra director at Shawnee Mission North and Hocker Grove Middle, cellist Anna Cook has found a creative way to engage her students during the pandemic.

Every Friday, she takes her students on virtual field trips around the Kansas City metro area, introducing them to the wide-ranging musical opportunities and experiences the community has to offer.

Kansas City has a crazy amazing history for music. The birthplace of jazz, some of our venues have mind-boggling civil rights history with them; talking about the role of music with that is really incredible.

Monday through Thursday, I teach orchestra through a computer. But on Fridays, the students have to log on, and they never know where I’m going to be. I always keep it a surprise. 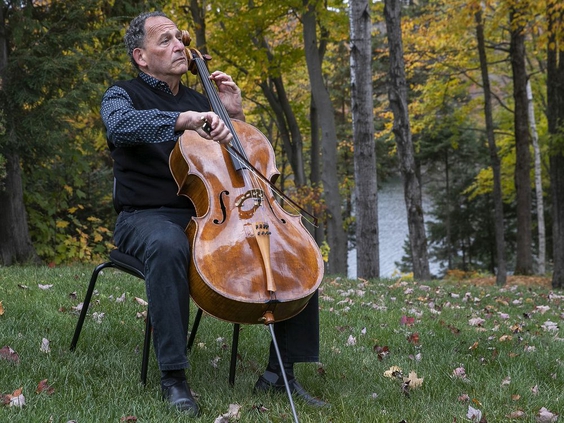 From his lakefront home in St-Sauveur, cellist Denis Brott plays Bach while remembering his battle with COVID-19.

Denis Brott, the founder/artistic director of the Montreal Chamber Music Festival and professor at the Conservatoire de musique du Québec à Montréal, who turns 70 in December, knows first-hand the horrors of COVID-19. Thankfully he is on the road to recovery.

Upon returning from a series of European concerts in mid-March, he got hit with the coronavirus and had the fight of his life while spending 32 days in an induced coma on a ventilator at the Centre hospitalier de l’Université de Montréal (CHUM). His prognosis was grim.

“My doctors told me that it would take a week for every day I was in hospital for complete recovery. That’s 45 weeks, so I have about five months to go. But I’ve fought like never before in my life to get back. I couldn’t imagine what my life would be like without playing.”

But Brott persevered. And on Sept. 27, he gave his first recital — recorded and carried online — since early March in performing, along with organist Jean-Willy Kunz, Kol Nidre for the Yom Kippur service from Temple Emanu-El in Westmount.

Brott doesn’t mince words about his experiences or how Covid-19 has been politicized. Read the full article by Bill Brownstein in the Montreal Gazette here. 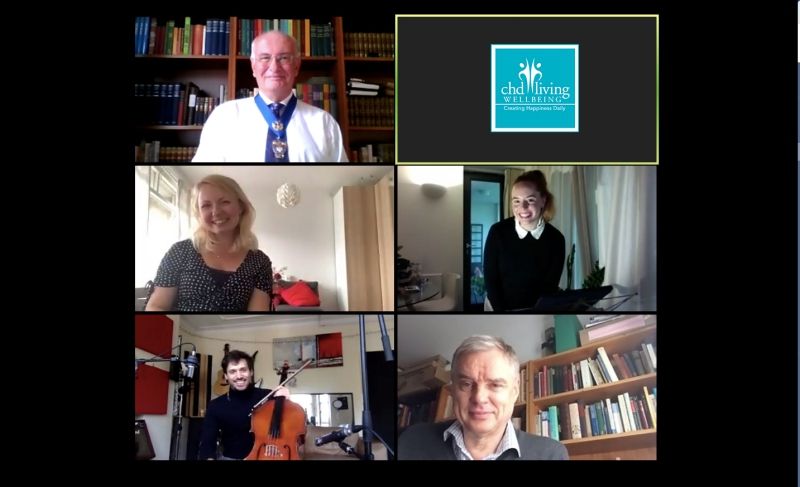 Residents at a Surrey-based care home were delighted when they were treated to a virtual classical music concert thanks to their care home and The Musicians’ Company.

Cellist Timothee Botbol, along with other musicians gave a concert as part of a pilot study at a Surrey-based care home, designed to see if music can boost the mood of residents during the coronavirus pandemic. The event was a great success.

The event was interactive, and the musicians introduced each piece, giving information about each composer and the music to trigger memories and to encourage audience participation.

The collaboration came about after The Musicians’ Company was inspired by the success of a series of concerts held for dementia hubs last year, which have been continued by Zoom whilst in-person performances have not been possible.

Research has established that music can be a key factor in helping people with Alzheimer’s and Dementia, and can make significant short-term improvements in their condition, so The Musicians’ Company developed a programme of engaging sessions designed to inspire, excite and motivate dementia patients.

The Kanneh-Masons in The Times 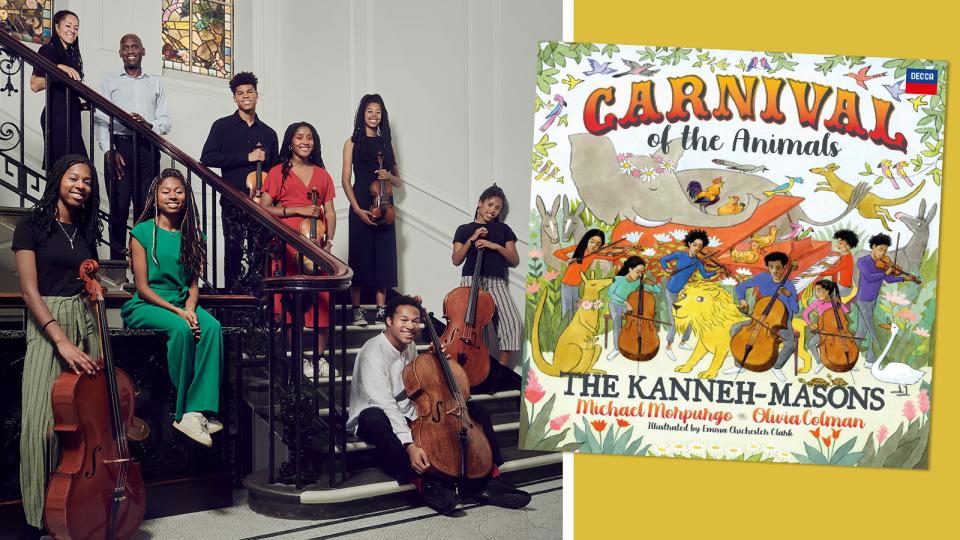 The Kanneh-Mason family was featured in The Times this week, with a story about their recent album, Carnival of the Animals.

They have been described as the most talented family in the world and after five months of dedicated lockdown practice are ready to reveal the fruits of their endeavour.

Click here to watch the video and read the full story by David Sanderson.

Sheku Kanneh-Mason and his family were featured prominently in this interview with Decca Classics label director Dominic Fyfe in Music Week.

Jacob Braun talks about growing up in the Boston area, his love for sports, fun anecdotes as a touring musician, and detailed insight of the fascinating life of being a recording soloist in Hollywood, collaborating with some of the biggest names in the industry like John Williams, and being part of some of the biggest blockbusters.

Down in the Pit is a podcast by professional musicians Sami Merdinian and Ian Loew. This podcast is a

series created during times of Covid-19 that delves into the world of classical music, bringing in leading conductors, composers, and performers to the show, to demystify, promote increased accessibility for the genre, and analyze its future.

High-fidelity Music Mode: New Audio Improvements for Cellists (and Other Musicians) on Zoom 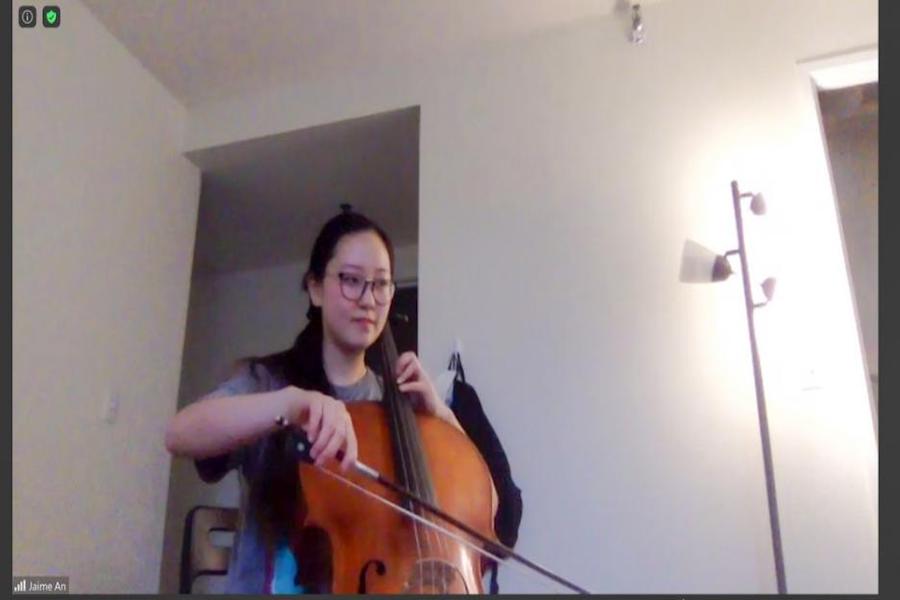 Bienen junior Jaime An plays her cello over Zoom, utilizing the newly improved audio features. By using high-fidelity music mode, the sound is clear and consistent.

Although student opinions seem to differ on the results, Bienen junior Jaime An, who trains in cello, said she has noticed a significant difference using the new update.

“Before, the audio would crack on low notes, [but now] things have gotten much better,” she said. “It’s super clear… the audio doesn’t go in and out like it used to.”

Click here to go to the original podcast listing. 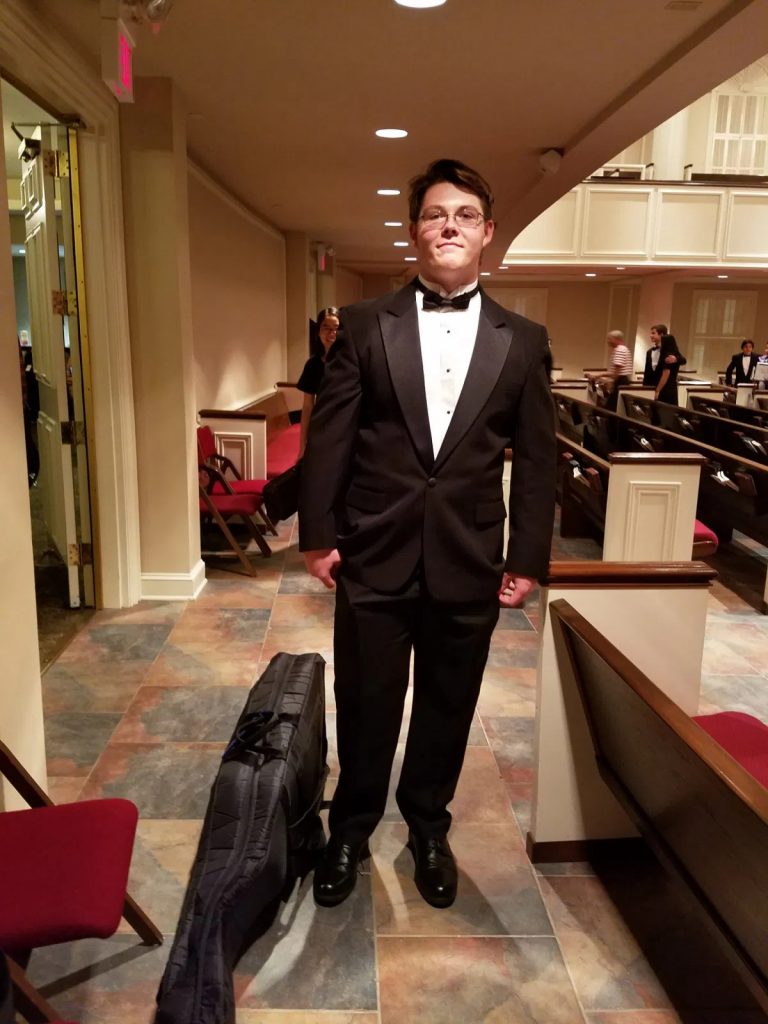 A recent graduate of Plano Senior High School, cellist Jacob Lyle Rusk was shot and killed in a park near his home at the age of 18. 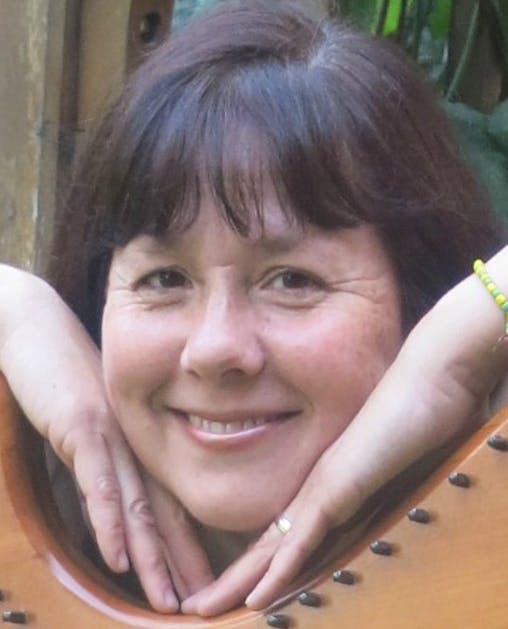 Alexis Hernandez Abreu first picked up the cello at age 3. Music quickly became her language of choice. She was performing classical cello with Twin Cities professional ensembles and theater groups by her early teens.

Throughout her life, she learned to play an assortment of instruments, including the Celtic flute and whistle, accordion, Celtic harp and percussion. She frequently performed for In the Heart of the Beast Puppet and Mask Theatre in Minneapolis.

“Alexis used to play music for me every day,” her husband said. “That is how she connected with people.”

In recent years, Hernandez Abreu worked as a musician and interpreter at schools. She also worked for an immigration law firm and was proud of her work helping to reunite families.

She was a member of the Qawalangin Tribe of Unalaska, Alaska.

Click here to go to the original article by Shannon Prather. 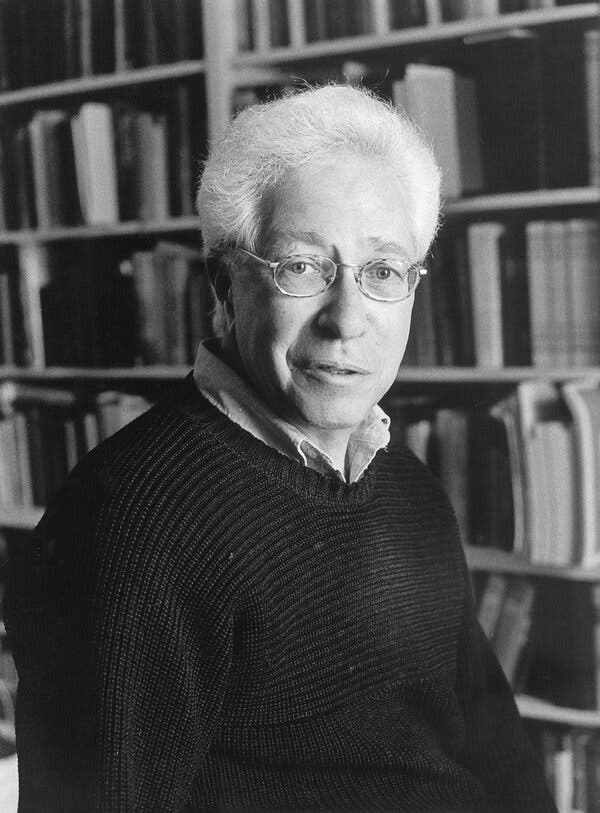 Many of us know of Maynard Solomon for his biography of Beethoven, he was the

co-founder of Vanguard Records as well as a music producer. More recently, he has become known for his biographical studies of Viennese Classical composers, specifically Beethoven (writing an influential biography and an award-winning collection of essays), Mozart (biography), and Schubert (Solomon was the first to openly propose the highly disputed theory of Schubert’s homosexuality in a scholarly setting).  – Wikipedia

He also played the piano and studied the cello.

Read more about his life and works here and here. 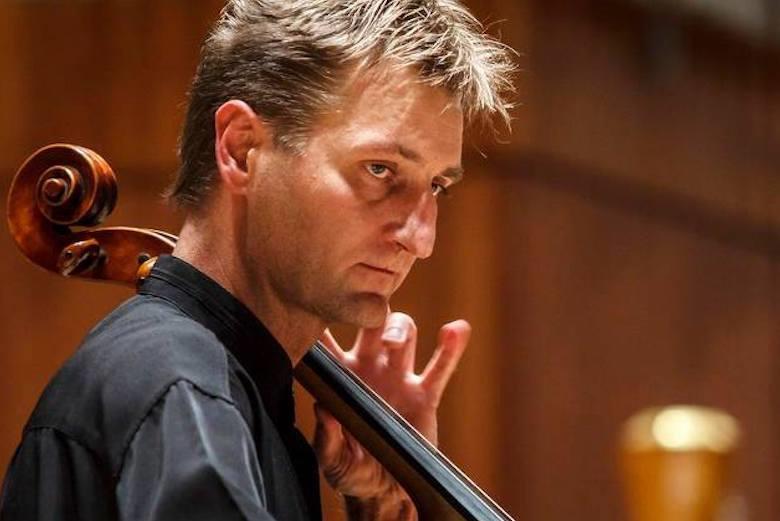 Born in 1973, Merei grew up in Szombathely, Hungary, receiving cello lessons from the age of five, initially at the music school and conservatory in his home town, and subsequently at the Franz Liszt Academy in Budapest, under the tutelage of Csaba Onczay, Sándor Devich and Ferenc Rados.

He held a teaching post at the Franz-Liszt-Conservatory in Budapest from 2000 to 2006, and was the solo cellist of the Stadtheater Klagenfurts KSO Orchestra. In addition, he served as the intendant of the Savaria Symphony Orchestra (2009-2015), as president of the Foundation of the Savaria History Carneval (2010-2014) and as general director Iseum Open Air Festival (2011-2015).

Click here to read the full article from The Strad

Oliver Coates has been immersed in classical and electronic music from a young age. Though he started learning cello at the age of seven and has played in the London Sinfonietta and London Contemporary Orchestra, his solo albums have experimented with dance and ambient music, utilising cello and effects as well as synths and software to create hybrid forms.

Outside of his solo work, Coates is a prolific collaborator who has worked with artists including Radiohead (on their 2016 album A Moon Shaped Pool), Mica Levi and Dean Blunt. In 2015, he teamed up with visual artist Lawrence Lek to provide the score for Lek’s dystopian simulation Unreal Estate.

Later this month, Coates releases the follow-up to 2018’s acclaimed Shelley’s on Zenn-La on RVNG Intl. Titled skins n slime, the album sees Coates make use of two digital loopers, distortion and chorus to create viscous layers of “slime” that modulate the cello’s strings into a metallic sheen, channeling both “suffering and joy”.

Read the full article and preorder the album here.

Within Indigo Walls by Cheong Fatt Tze – The Blue Mansion

This week, this beautiful 7-minute film from 2019 was discussed in an article here.

The atmospheric short film sees a young boy wandering through the hotel, following the faint chords of a cello until he chances upon a young girl practising her instrument. Their tentative friendship abruptly ends when his family checks out, but they serendipitously reunite as adults at the century-old mansion where a delicate tapestry of music and mood again weave the fragile strands of friendship … and maybe romance.

Gray Tree: A Piece for Unaccompanied Cello by 17-year-old Aidan Vass, Performed by Cellist Andres Ayerbe, Inspired by a Painting by Piet Mondrian (1911)

“The painting reminded me of the loneliness experienced by so many in this pandemic,” Aidan said. “Mondrian’s portrayal of the tree seemed so desolate to me. I began to realize that, despite initially appearing so gloomy, the tree was always growing.”

Click here to see the original story on The Violin Channel.

Composer and cellist Michael Peter Olsen released his debut single, ‘Mayday’, in February this year; an ambient, glacial piece with hints of electronic influences. Now he follows it with new single, ‘Falling Forward’, which stretches the ideas present in that first release further.

Aristide du Plessis plays a selection of superb classical cello favourites including the popular ‘Swan’ from ‘Carnival of the Animals’, ‘Ave Maria’ – Bach/ Gounod and my own piece, Himeville.

Cello Museum founder and curator, Dr. Brenda Neece is a cellist and a researcher specializing in the history of the cello. Before starting The Cello Museum in 2019, she worked as a freelancer and served for just over a decade as a musical instrument museum curator. Her major teachers were Fred Raimi, Martha Gerschefski, and William Pleeth.

Fiddle Music on the Cello: 5-8 November

Your ticket for the: Cellos in the News: Top Stories of the Week – 9 October

Cellos in the News: Top Stories of the Week – 9 October