Khachaturian’s Concerto-Rhapsody for Cello and Orchestra Aram Khachaturian (1903-1978) is perhaps the most well-known Armenian composer outside of Armenia. He was also a conductor and studied the cello in his youth. Within Armenia, he is so famous that his face appears on a 50-dram banknote. Khachaturian on a 50-Dram Banknote

Although acclaimed in Armenia and the former Soviet Union, Khachaturian is not considered to be the father of Armenian music – that title has been given to Vardaped Komitas (1869-1935). It is safe to say that Khachaturian took it upon himself to keep Komitas’s legacy alive. However, Khachaturian’s music for the stage is full of Soviet propaganda.

One outstanding piece is Aram Khachaturian’s Concerto-Rhapsody (1963). Mstislav Rostropovich (1927-2007) seemed to have a magic touch when it came to putting commissioned cello pieces into the standard repertoire.

In the West, we can thank Rostropovich for pieces like Prokofiev’s Sinfonia Concertante and Cello Sonata, and Shostakovich’s Cello Concerto No. 1. However, in the countries of the former Soviet Union, pieces dedicated to Rostropovich are much more prevalent. 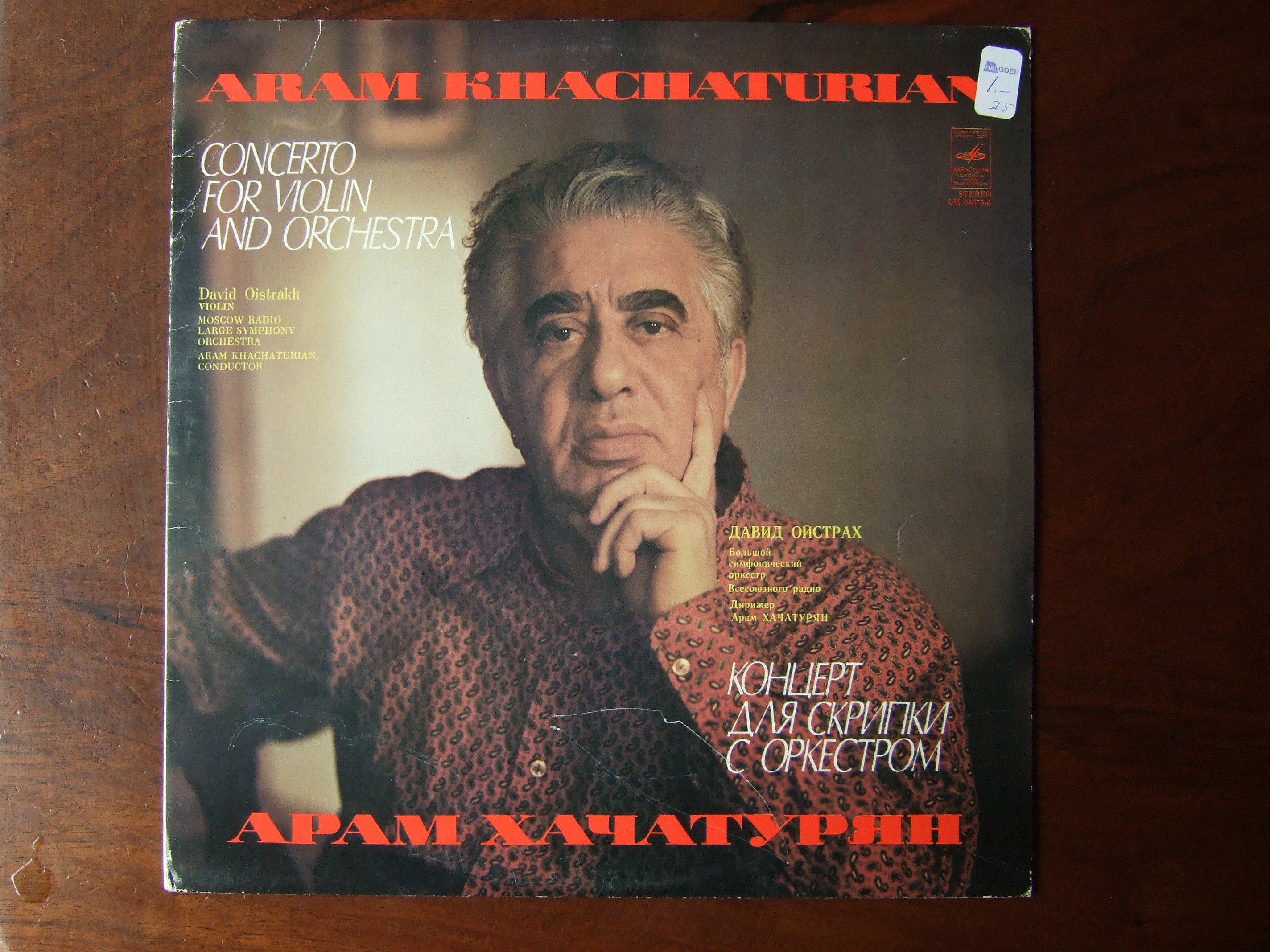 This work is licensed under a Creative Commons Attribution 2.0 Generic License.

Khachaturian was planning to write a triple concerto and a triple Concerto-Rhapsody to make each genre a tetralogy. This project never came to fruition.

The Cleveland Premiere by Yuriy Leonovich

I had the privilege of playing the first performance of Khachaturian’s Concerto-Rhapsody in Cleveland, OH, in March 2010. You may listen to it here in full as well as in individual sections, linked below.

1) The work opens with a dramatic tutti section. The French horns introduce the motive that will permeate the entire piece.

2) A long cello cadenza follows the tutti: The cadenza is unaccompanied at first, with orchestral interjections later in the section. Themes are explored in this section. The music does not stay on a single idea for very long. 3) After a short, transitional tutti, Khachaturian presents us with a long, melodic idea: The music finally feels settled after 7 minutes. Khachaturian explores the cello’s lyric capabilities in the baritone range. 4) This is the first fast section with substantial melodic development: Although this syncopated idea sounds brand new, the opening horn motif is present with a new rhythmic flavor. 5) A dramatic tutti connects this section to the previous one: This section is almost identical to section 3. Khachaturian expands on the music from the previous section with reorchestration and new rhythmic interest. 6) Likewise, the final section is an expansion on the section 4 melody:  This time, the cello plays a perpetual motion. This music is reminiscent of the Sabre Dance from Gayane.

Click here to listen to the individual sections of the Concerto-Rhapsody in a brief analysis.

What pieces would you like Dr. Leonovich to cover in his monthly articles? Let us know in the comments.

Your ticket for: Khachaturian’s Concerto-Rhapsody for Cello and Orchestra

Khachaturian’s Concerto-Rhapsody for Cello and Orchestra