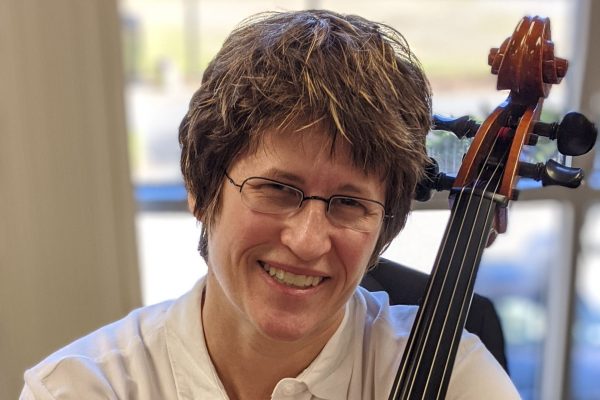 Cello Museum founder and curator, Dr. Brenda Neece, DPhil (Oxon.), is a cellist and a researcher specializing in the history of the cello. Before starting The Cello Museum in the autumn of 2019, she worked as a freelancer and served for just over a decade as the first curator of the musical instrument collections at Duke University. In addition to playing the cello, doing cello research, and writing about cellos, she enjoys experimenting with variant cellos. In addition to her modern instrument, she also plays a 5-string baroque cello, a small 5-string cello, and sometimes travels with her folding prakticello.

She studied cello with Fred Raimi at Duke while she did her undergraduate work at UNC-CH. As part of her interdisciplinary major in music history, art history, and archaeology, she wrote an undergraduate honors thesis under the supervision of Prof. Jon Finson, on the eighteenth- and nineteenth-century evolution of the cello. She earned a master’s in cello performance at Auburn University, studying with Martha Gerschefski, and then went on for her musicology doctorate at the University of Oxford (Somerville College) where she was mentored by Prof. Jeremy Montagu and Prof. Hélène La Rue. While in England, she continued her cello studies with William Pleeth.

Dr. Neece lives in Durham, NC, with her husband and cats. When not playing or writing about the cello, she enjoys reading, photography, and Taekwondo.

Your ticket for: Brenda Neece