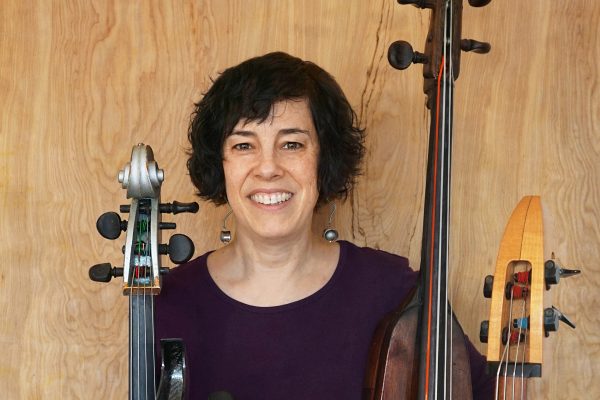 Guest curator and researcher Erica Lessie is a freelance cellist in the Chicago area, working in a broad range of styles across many facets of the Chicago music scene. Erica has performed on the Oprah Winfrey show with both Whitney Houston and Seal, and has also appeared with Diana Krall, Andrea Bocelli, Peter Cetera, the Four Tops, and Johnny Mathis. She is an auxiliary member of the rock band Tributosaurus and co-founder of Cherchez la Femme, a musical ensemble dedicated to presenting the arts expressed by women across the millennium. Ms. Lessie also developed Cellos of Unusual Shape, a solo presentation that explores the diversity of variant cellos.

Currently, she teaches at DePaul University Community Music Division, Sherwood Community Music School at Columbia College and Chicago High School for the Arts. She has composed duets for flute/cello and piccolo/toy piano and is creating a collection of short pieces for solo cello.

Ms. Lessie received a B.M. from Indiana University, where she studied cello with Fritz Magg and chamber music with Rostislav Dubinsky and James Buswell. At Florida State University she earned an M.M. and completed coursework for a D.M.A.

She currently resides south of Chicago with her husband and two children.

Your ticket for: Erica Lessie